Tamaraws on the Brink: the last stand of remaining dwarf buffalo in the Philippines 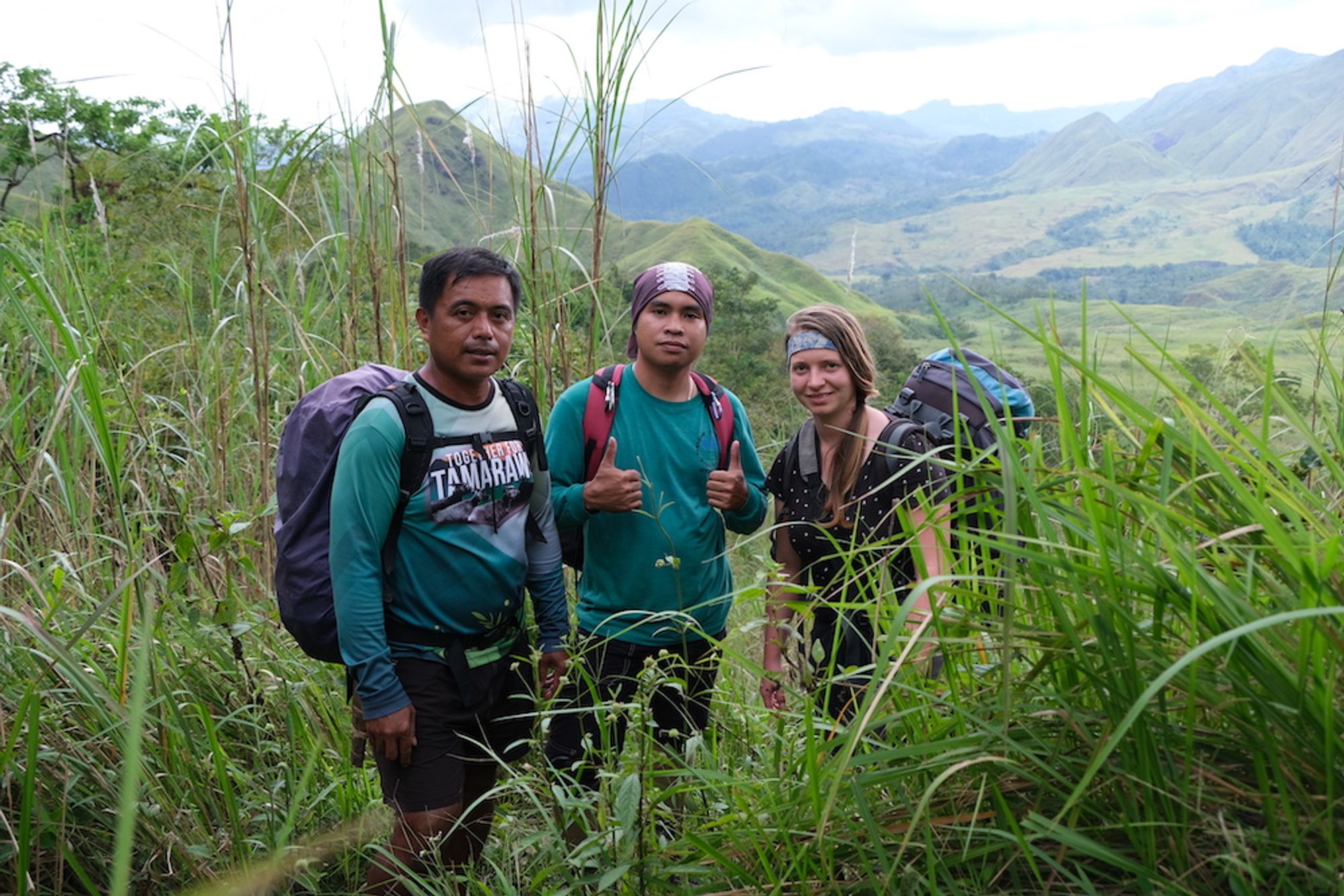 I stood at the river, staring at the hiking trail that led to the ranger stations at the Mts. Iglit-Baco Natural Park in the island of Mindoro, Philippines. On the other side of the river, the rangers, who were a mix of Tau-buid (indigenous people of the area) and lowlanders (non-indigenous inhabitants of Mindoro island), were crossing the river easily in their sandals. As I began to unlace my hiking boots, one of the rangers approached me and said, "You can also take the monkey bridge". And so it was - a single rope for walking and two others for holding on to. But I was determined to see some of the tamaraws. These endangered species are only found on this Philippine Island, so I accepted the challenge and, with some help, managed to balance my way across the monkey bridge and continued on to Station 2 for lunch.

The Natural Park was established almost 40 years ago to protect the remaining tamaraws, a type of buffalo. The International Union for Conservation of Nature (IUCN) classifies this species as Critically Endangered. During the most recent annual headcount, the Natural Park estimated there were over 400 tamaraws. A recent analysis suggests the actual number may be closer to 200-250 animals.

There are three other known areas on the island that are home to approximately another 100 tamaraws. One of the rangers, Gener, told me that the tamaraw only breeds every three years. The park is working to establish a co-management system with the Tau-buid, the indigenous people whose ancestral land covers the core area of the Natural Park.

Before the COVID-19 pandemic, BIOFIN Philippines began working with the park, but all initial plans had to be changed when the Tau-buid established strict quarantine rules with restricted access even for the rangers and the park was closed to the public. Some rangers stayed in the park the entire time, and the normal patrolling routine of several days within the park has recently resumed.

To adapt to these circumstances, UNDP-BIOFIN supported the rangers by starting a crowdfunding campaign. Now, the focus is on creating a sustainable Conservation and Management Plan that balances the need for protection, the sustainability of the indigenous people's livelihoods, and the funding needs of the park.

I was fortunate enough to visit the park and better understand the challenges and opportunities of effective and equitably governed co-management, especially since some of the Tau-buid live in voluntary seclusion. On the way to the Natural Park, I travelled with Fausto Novelozo, the Punong Tribu (head of the Tau-buid). Despite the language barrier (he spoke little English and I had no Tagalog or Tau-buid), his message of the need for everyone to limit the own consumption was clear.

Before we set off on our hike, I briefly visited his village, which had a basketball court, some children who showed me how they pounded rice, and a solar panel that was used to charge phones or broadcast mass twice a week in the morning. He told me about their farming system, Kaingin, which traditionally involved clearing and rotating three plots per family to grow all necessary food, such as cassava and sweet potato. With the introduction of rice, the fields have grown larger and are now often four plots. To gain new fields, they burn the land and then use it for as long as possible. Agriculture is done during the dry season, with trapping added in the rainy season. 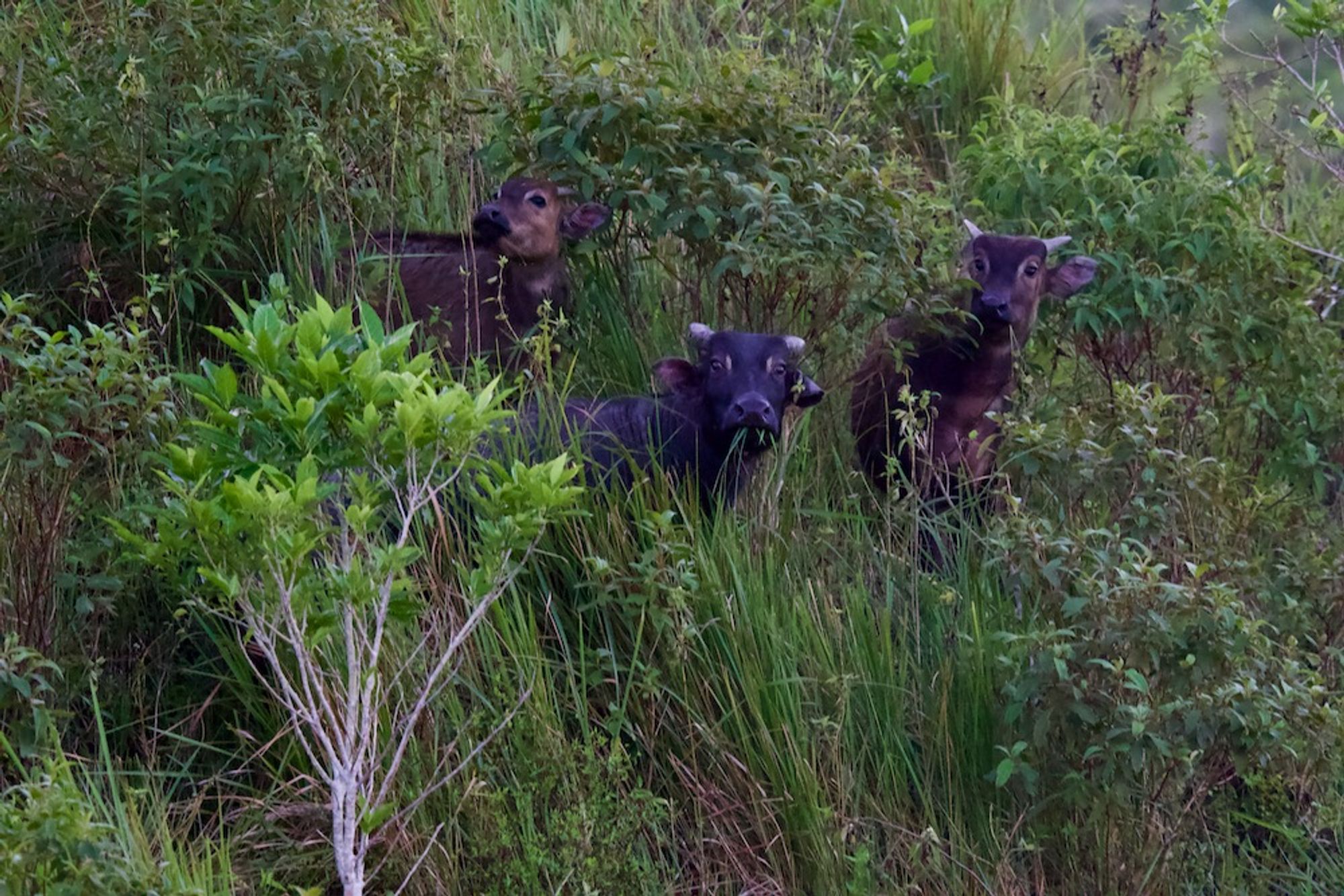 The tamaraw and the Taobuid have a similar fate: they used to live further down in the forest, but due to the expansion of ranches, the only territory left for both is in the mountains. The reduced areas available and the deforestation caused by the ranches are also putting constraints on the indigenous way of life and making it difficult to restore the area fully.

While walking up to the final Station 3, I met other partners of the Natural Park, including Re:wild, an organization supported by the UK Darwin Initiative, and d 'Aboville Foundation (DAF), a Mindoro-based conservation organization. Re:wild helps protect the tamaraw and secure the rights of the indigenous people, such as by supporting their legal claim to have their ancestral lands officially recognized. These rights would not only secure the ancestral land that is left, but would also be an important step towards co-management.

DAF supports the park in many ways, including experimenting with permaculture around Ranger Station 2 to find alternatives to traditional farming methods involving burning the land. The indigenous people are involved in all the processes so they can easily adopt new ideas that work for them.

The Mts. Iglit-Baco Natural Park, together with the Tamaraw Conservation Program (TCP ), shows how conservation must go hand in hand with an equitably governed area, where the protection of species should not lead to the eviction of the indigenous people and the destruction of their livelihoods. Parts of the agreement between TCP and the Taobuid include, for example, a strict no-hunting zone, which is already a part of Taobuid culture. In the rest of the Natural Park, traditional hunting of animals such as deer, wild pigs, and rabbits with traditional materials is allowed. 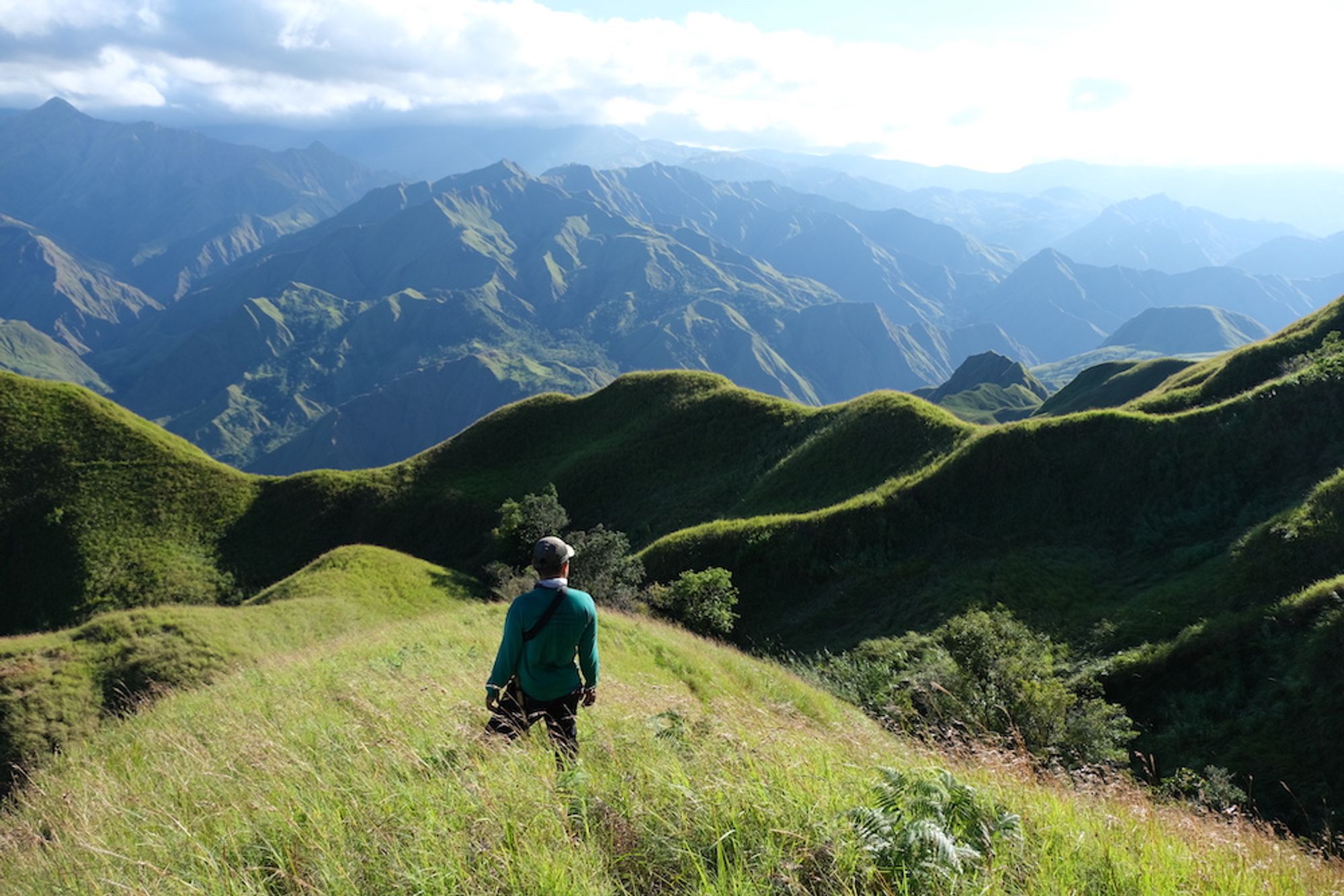 Although the traps used in traditional hunting can sometimes be fatal for tamaraws, the real issue is poachers who can easily enter the 750 square kilometres Natural Park. The 30 rangers of TCP, some of whom are Tau-buid themselves, are divided into three areas, with most of them dedicated to the core habitat where visitors can go to observe the tamaraws.

With the limited number of rangers and the size of the park, it is almost impossible for the rangers to find the poachers, and it is also dangerous for them to try. While having more rangers would greatly help, the current rangers also need capacity-building to use technical tools for reporting on and monitoring the animals they encounter while patrolling.

To ensure long-term security for ranger positions and provide necessary training, BIOFIN is currently supporting TCP and the Natural Park in establishing their Conservation and Management plan, which will allow them to secure additional funding.

If funded, the Conservation and Management plan could provide a decent salary for the rangers, an increase in their numbers, and a collaborative effort with the Taobuid to help the tamaraw population recover. This stunning area is certainly worth visiting, and with more support the rangers will be able to preserve the parks for future generations to enjoy.