Through a historical flora and fauna conservation process Botswana has designated over 40% of the country’s land surface area to national parks and game reserves where in situ conservation occurs. The primary objectives of these conservation areas are to conserve biological diversity and generate socio-economic benefits through tourism in these areas with a focus on high-value, low-volume tourism to iconic places such as the Okavango Delta and Chobe.

The following challenges however continues to persist both inside and outside of protected areas.

Barriers to Wildlife Movement: Barriers to wildlife movement, initially through veterinary disease control fences but accelerated within the last decade through the policy to allocate fenced ranches in communal areas.

High Populations of Elephant: The dispersal of elephant into new ranges is bringing them into conflict with existing and expanding human population thus increasing conflict between elephants and communities.

Increase in Poaching: Data on poaching are sparse, in part due to the sensitive nature of protecting some rare and endangered species such as rhinos, and in part because much of the poaching takes place in remote areas. In addition, poachers often poison the carcasses of poached animals in order to kill vultures who might give away their location.

Overuse and Over-collection of Wild Plant Species: This is a problem in localised areas of the country where the population pressure is higher and for certain valuable or medicinal species. There is depletion of wood and veld products around most of the settlements in Ghanzi and Kgalagadi Districts.

Alien Invasive Species: Understanding of alien invasive plant species, although relatively low on a national scale, is steadily increasing. In the southwest of the country Prosopis glandulosa is perceived to be a problem. Detailed knowledge is held for the Okavango Delta,

where Pistia stratiotes and Salvinia molesta pose a threat to the aquatic environment particularly if water quality deteriorates.

Climate Change: The present predictions for Botswana are that there will be warming (an average of 2 degrees Celsius by 2030). Rainfall will become even more variable and extreme rainfall events will increase.

Changes to Hydrology of Inflowing Rivers: The single biggest potential threat to the Okavango Delta (the primary biodiversity hotspot of the country) is changes to the hydrology (volume, frequency, variability, sediment and pulse) and water quality (decrease in water quality, eutrophication). 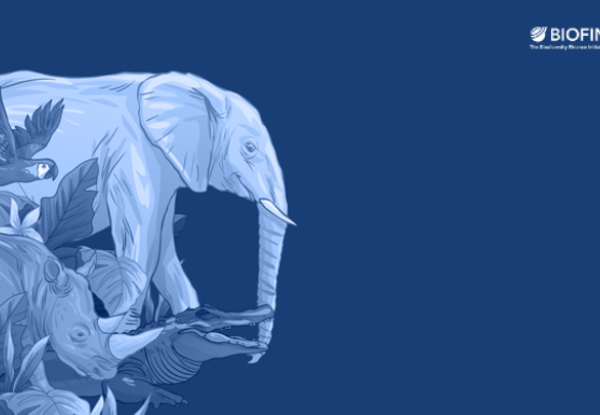 10 years of UNDP-BIOFIN celebrated at COP15

Investing in the Planet’s Safety Net 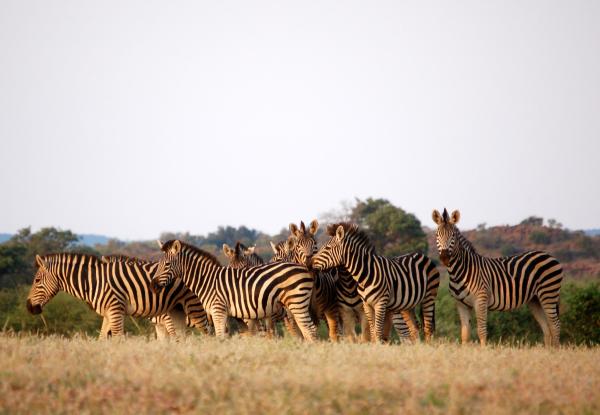 Unlocking the financing potential of national parks in Botswana

4. Repurposing of Botswana Biodiversity Harmful subsidies In line with Aichi Target 3 of the Convention on Biological Diversity which states to eliminate, phase out or reform all subsidies harmful to biodiversity the overall objective is to identify, assess and quantify the value and the cost of subsidies likely to have a harmful impact on biodiversity for eight sectors (water, agriculture, tourism, energy, forestry, mining, protected areas, and fishing.) propose redesign option and action plan.

The PIR has been completed and is being readied for publishing. The process included a review of the policies, legal instruments and institutional set ups for biodiversity financing. Through the PIR, Botswana has been able to identify the priority sectors of focus for BIOFIN as well as recommendations of some of the finance solutions for consideration. Good policies and strategies are in place to guide the processes, however, weak institutional mechanisms to support implementation, fragmented responsibilities, and resource inadequacies, centralised decision making which also results in the resource burden on the side of government.

The expenditure review focused on the priority sectors as identified through the Biodiversity Policy and Institutional Review (PIR) namely, water security, food security and sustainable tourism. These priorities are primarily the responsibility of the Ministries of Land Management, Water and Sanitation Services (MLWS), Agricultural Development and Food Security (MoA) and that of Environment, Natural Resources Conservation and Tourism (MENT). Historic expenditures for these government institutions starting in the 2012/13 fiscal year, and for key NGOs, were reviewed and biodiversity-related expenditures were identified and analysed. Sources of revenue linked to biodiversity were also assessed with a focus on MENT.

The total projected future government expenditure on biodiversity management in Botswana between 2019/20 and 2025/26, is P 7.6 billion based on past expenditure by MENT, MoA and MLWS, a ‘business-as-usual’ expenditure scenario, and a conservative budget growth scenario.

In terms of the six biodiversity management concerns, government biodiversity-related expenditure is projected to be split almost evenly between mainstreaming use (46%) and protection (54%).

Total expenditure which can be attributed to six of Botswana’s largest NGOs were collected. In total, the NGO’s surveyed undertook P 210 million in biodiversity-related expenditure over the 2012/13 to 2018/19 period with overall expenditure growing roughly in line with inflation.

This Finance Needs Assessment (FNA) serves to estimate the “finance gap” associated with implementing Botswana’s National Biodiversity Strategy and Action Plan (NBSAP). It therefore quantifies the additional costs associated with the implementation of the NBSAP’s strategies and actions. A programme-based approach to costing the actions was adopted for this process and the assessment was guided by the BIOFIN methodology.

The results of the cost estimation process show that the additional funds required to implement the NBSAP would amount to approximately P833 million (US$79 million) including inflation over the 10 years of the NBSAP starting in 2016. This translates to an average of P83 million (US$8 million) per year although funding needs vary substantially between years and are particularly high in the early years of implementation. Note that this amount excludes the salary costs for existing staff, some of whom would be responsible for the implementation of the NBSAP. The Biodiversity Finance Plan should therefore aim to lessen this funding/finance gap

An initial list of 29 finance solutions has been compiled and subjected to a three-step screening and prioritization process in October 2018.

The Biodiversity Finance Plan builds on progress already made in Botswana to suggest finance solutions that expand the country’s biodiversity finance agenda. This offers a means to encourage action and support partnerships for investing in biodiversity. The Plan is composed of:

The total net financial gains, associated with the implementation of all the solutions where quantitative estimates were possible, would start relatively modestly at P37 million in 2020 climbing to P63 million by 2022 before decreasing and stabilizing at P33 million to P36 million from 2026 to 2028. Total cumulative net financial gains would amount to approximately P474 million (US$45.2 million) in current terms (un-discountedÂ over 10 years). Note that these gains are inherently conservative as they include only three out of the eight solutions where quantification was possible. Implementing this Plan would thus make a highly significant contribution to reaching the country’s biodiversity conservation goals. In terms of their relative contributions, climate change funds have the potential toÂ contribute the largest share to this total at 49%. The contribution of this solution would, however, not be sustained over the long term as grant funding would be temporary. PAs fee revenue would be the next largest contributor at 42%, followed by biodiversity offsets (9%). In addition, the CBNRM solution would contribute to increased benefits sharing with local communities that would cumulatively sum to P44 million (US$4.2 million) over 10 years.