One of the 17 mega-diversity[1] countries of the world, India is ranked 8th in terms of species richness. In only 2.4% of the world's land area, India harbors 7-8% of all recorded species, including over 48,000 species of plants and over 1,00,000 species of animals. For India, conservation of biodiversity is crucial not only because it provides several goods and services necessary for human survival, but also because it is directly linked with providing livelihoods and improving socio-economic conditions for millions of local people, thereby contributing to sustainable development and poverty alleviation. Biodiversity management in India and the associated financing is truly an inter-sectoral subject. The adoption of India’s NBAP (NBAP, 2008 & Addendum 2014 to NBAP, 2008) have not lead to allocation of funds for its implementation as the NBAP is essentially a strategic policy document. Rather, it was envisaged to implement the objectives of NBAP through schemes and programmes of relevant ministries; with the NBAP providing the sectoral ministries with a flexibility to integrate biodiversity concerns in their respective schemes. Public funding has been and will remain to be the mainstay of biodiversity finance in the country. Financial resource flows to the biodiversity sector include core funding administered through the Ministry of Environment, Forest and Climate Change (MoEFCC) and the non-core and peripheral funding that are allocated by as many as 23 other scientific and development Ministries/Departments[2] of the GoI towards schemes and programmes that have a bearing on biodiversity conservation; as well as the funding by the State Governments on biodiversity and environment. In addition funding from private sector, ODA, philanthropy etc.  are other sources of biodiversity finance in the country. Launched in May 2015, BIOFIN in India is led by the MoEFCC and hosted by the National Biodiversity Authority, Government of India. In addition to national level implementation the project is also being implemented at the subnational level in 3 states namely Maharashtra, Uttarakhand and Madhya Pradesh. 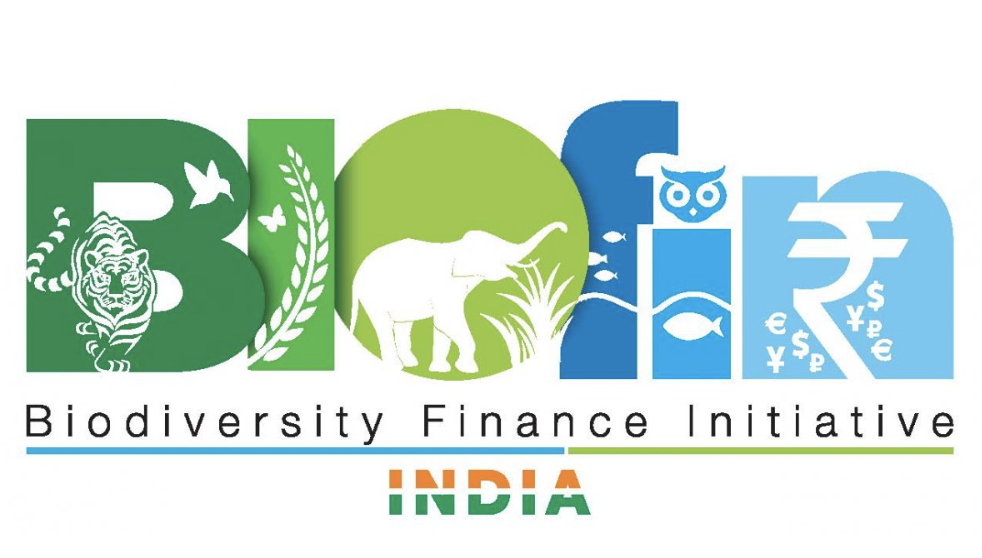 Based on a rigorous exercise comprising of technical consultations and guided by the BIOFIN workbook, a customized methodology has been developed in India for assessing the current and projected levels of biodiversity attributable expenditures in the country and to assess financial needs for implementing the NBAP. As a result of research, analysis, wide range of consultations and validation exercise the BER process in India has mapped 116 schemes of 24 central ministries and 29 departments having varied degree of relevnace with biodiversity. Projected annual average public finance attributable to biodiversity (from central and state Govts.) is estimated to be nearly 10 billion USD (@exchange rate of 1 USD=INR 70).

Based on detailed assessments done in consultation with technical experts the annual average financial needs for implementing the National Biodiversity Action Plan is estimated to be nearly 16.5 billion USD (2017-18 to 2021-22). Annual average gap in available public resources for implementing the NBAP is estimated to be nearly USD 6.5 billion for the period 2017-18 to 2021-22. Based on the FNA and BER exercise some of the priority areas for enhancing biodiversity finance includes, Strengthening and integration of in-situ conservation, Regulation of introduction of Invasive Alien species and their Management, Development and integration of biodiversity database, Valuation of goods and services provided by biodiversity and use of economic instruments and decision making processes & International cooperation.

The Biodiversity Finance Plan seeks to facilitate the achievement of India’s biodiversity vision of conserving biodiversity and promoting its sustainable utilization by way of mobilizing resources through mainstreaming National Biodiversity Targets in relevant developmental targets of national priorities in terms of poverty alleviation, food security and elimination of hunger, sustainable livelihoods, women empowerment, health and nutrition, mitigating and adapting to climate change and others. Out of the long list of finance solutions outlined in the finance plan three solutions have been prioritized for implementation. This includes Corporate Social Responsibility, Mainstreaming Biodiversity in public programmes and schemes and Access and Benefit Sharing.

Go to the Knowledge Platform

See all India News and Media