Nepal is a part of the world’s biodiversity hotspot and ranks the 49th in the world. Nepal inhibits a vast biodiversity reflected by its great altitude variations ranging from flatlands to the highest mountain in the world. Besides an extraordinary landscape, Nepal caters an impressive number of unique mammals such as rhinos, snow leopards, river dolphins, tigers, crocodiles and pangolins.

Nepal is among the poorest and least developed countries in the world, with about one-quarter of its population living below the poverty line. Nepal is heavily dependent on remittances, which amount to as much as 30% of GDP. Agriculture is the mainstay of the economy, providing a livelihood for almost two-thirds of the population but accounting for only one-third of GDP. Despite the importance of biodiversity and ecosystem services to the economy and people’s livelihoods, ecosystems are being reduced at an alarming rate. Nepal has established an impressive system of protected areas for the conservation of biodiversity with a close collaboration between the Government, NGOs and community-based organizations. In addition, nearly half of the national forests are handed over to the community institutions for conservation, management and sustianble use.

Nepal is committed to the conservation and sustainable utilization of biodiversity for the prosperity of its people and the nation in the spirit of the CBD and other relevant multilateral environmental agreements, to which the country is a party. According to the Sixth National Report to the Convention of the Biodiversity (CBD), half of Aichi targets are progressing at an insufficient rate. The primary reasons were inadequate investment followed by increasing biodiversity threats.

Considering this, BIOFIN Nepal began its operations in June 2019. It aims to address the underlying drivers of biodiversity loss by designing comprehensive financing solutions to assure long-term and steady financial flows to conservation engaging government, conservation partners, private sector and civil societies Biodiversity and Environment Division, Ministry of Forests and Environment of the Government of Nepal is coordinating the BIOFIN processes in Nepal.

Policy and Institutional Review: Completed the review of the existing policy, Institutional, economic context for biodiversity Finance in the country. The final draft report is prepared and validated among the stakeholders. The study makes recommends in the four areas which include (a) addressing the drivers of the biodiversity threats (b) improving effectiveness of the existing finance solutions (c) ensuring policy coherence between the different tiers of the government and sector, and (d) increasing investment in the biodiversity conservation. 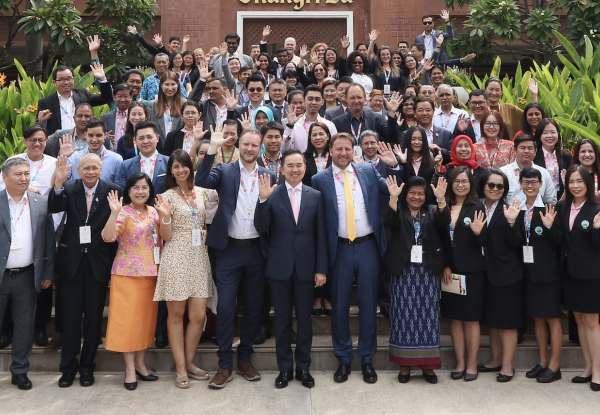 Demand is high for investment in biodiversity, but finance gaps remain

As a new BIOFIN country, this is still in process.