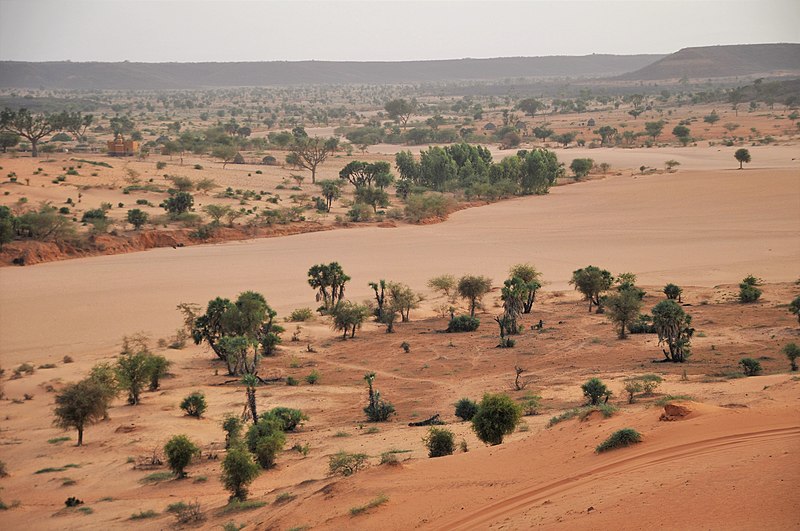 Niger is the latest nation to join UNDP’s Biodiversity Finance Initiative (BIOFIN), becoming the 41st country to do so, thanks to support from the government of Belgium. In the coming years they will measure, in cooperation with the Executive Secretariat of the National Environment Council for Sustainable Development (CNEDD) of Niger and the Capacities for Biodiversity and Sustainable Development (CEBioS) programme of the Royal Belgian Institute of Natural Sciences, how much Niger is spending on the conservation and sustainable use of biodiversity in the country and design a financing plan to identify the 10-15 most promising financing opportunities for the country.

BIOFIN will support the implementation of the National Biodiversity Strategy and Action Plan (NBSAP) and the National Economic and Social Development Plan (PDES 2017-2021) which targets sustainable management of land, water, and biological diversity, by helping to define ‘costable’ targets, priotising and costing actions and strengthening the results framework where relevant.< “We are delighted to welcome Niger to BIOFIN,” said Onno van den Heuvel, BIOFIN Global Manager. “We look forward to working closely with government and partners in country to define and deliver biodiversity finance solutions that deliver both for nature and livelihoods.”

Since biodiversity plays a key role in several sectors of the country, the Biodiversity Finance plan and the implementation of finance solutions could benefit several other national strategies as the 3N (Nigeriens Nourishing Nigeriens) Initiative, the Great Green Wall Initiative, and the National Environment Plan for Sustainable Development, among others.

An arid state on the edge of the Sahara Desert, Niger, is a landlocked Sub-Saharan nation, where the economy centers on its biological diversity mainly on subsistence crops and livestock.

There are three protected areas, W National Park, Aïr and Ténéré Natural Reserves, in which are listed as UNESCO World Heritage Sites. The W National Park accommodates the W-Arly-Pendjari Complex, being the largest and most important sequence of terrestrial and aquatic ecosystems in the West African savannah belt. The Termit and Tin Toumma regions of Niger are amongst the most important regions in the Sahara for wildlife, being the last remaining stronghold in the entire Sahara for a suite of threatened desert species. They are home to one of the most diverse biological communities remaining in the Sahara including some of the world’s rarest desert species, containing one of the last remaining wild populations of the critically endangered addax and dama gazelle, the Saharan cheetah and Barbary sheep, the only known place on the planet where all these species can still be found in one place. Other important landmarks include the Timia Waterfall and the lush Niger River in the southwest.

From a biodiversity standpoint, Niger is home to over 1400 plant species, around 130 mammal species and over 150 reptiles and amphibians. The avifauna of Niger includes 528 birds with 15 of them are globally threatened. The most threatened antelope species, dama gazelle, has become a national symbol. In the wild, dama gazelles are estimated to be fewer than 300 and classified on the IUCN Red List of Threatened Species as critically endangered.

The Sahara Desert covers about 65% of Niger. Harsh desert conditions hinder the survival of most of these native species. Over the last decades, Niger has witnessed an accelerated level of biodiversity degradation.

About 21 million acres equals to approximately 6% percent of Niger's land area is protected, however poaching and habitat loss are taking a heavy toll on the country's wildlife. Primary threats to endangered species include over-exploitation of resources and anthropogenic factors.

It is estimated that over 70 Protected Areas (PAs) in Niger have lost substantial portions of their biological diversity. Protected areas in Niger are generally hampered by limited funds and resources.