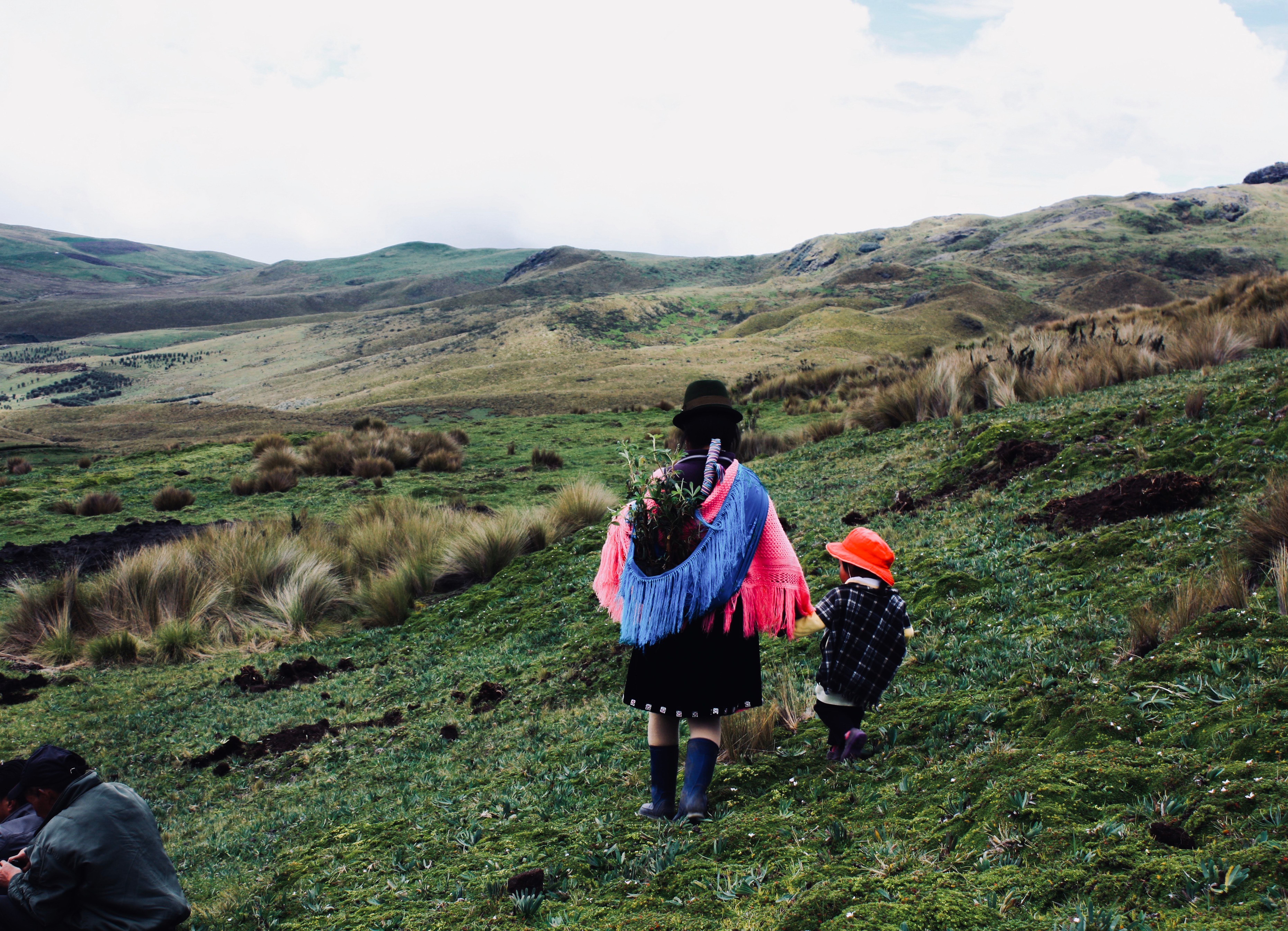 This week I had the opportunity participate in the high-level pre-CBD COP event organised by the Government of Colombia, laying the groundwork for the Post-2020 Global Biodiversity Framework.

The event, personally hosted by the President of Colombia Iván Duque Márquez, showed strong commitment by the world’s leaders for biodiversity conservation through the attendance of world leaders, ministers, heads of international organizations and multilateral banks, women, youth, and indigenous peoples.

Broadcast live from Leticia in the heart of the Amazon, where the borders of Brazil, Colombia and Peru meet, the meeting sent one of the strongest signals yet that we need to learn from indigenous communities and put their perspectives and rights first when crafting our conservation plans.

“This call for action is for everybody to take up their role in today’s world to protect our planet. It is our moral obligation. We need to protect the wealth of our ecosystems with the help of our public and private sectors,” said President Márquez at his opening address.

UN Secretary General Antonio Guterres then urged Governments to “shift the perverse subsidies that destroy healthy soils, pollute our water and empty the oceans of fish to those that incentivise actions to sustain nature.”

“And we need to safeguard and empower the leadership of indigenous peoples and local communities whose lands encompass much of the world’s remaining biodiversity,” he continued.

Placing finance at the heart of biodiversity protection

In my role at the event, I advocated for another stakeholder group to become also central to biodiversity conservation planning, the finance sector. I was invited to speak at a session on resource mobilization alongside other high-level speakers, including Ministers from Austria and Germany and heads of WWF, GEF and the Rainforest Trust. 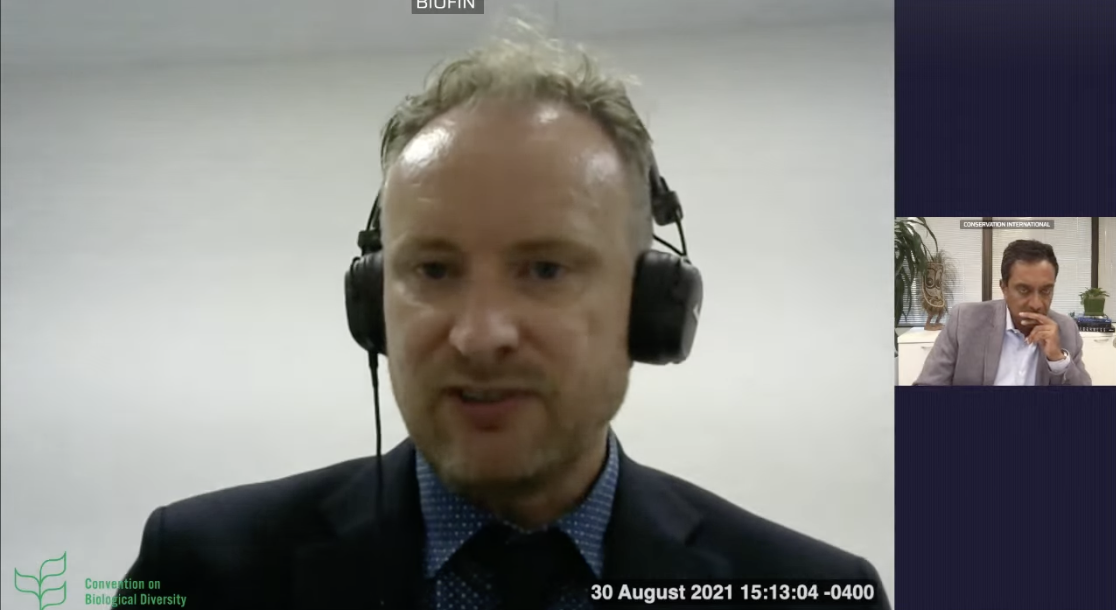 Several important priorities were raised to reflect in the world’s biodiversity conservation strategy for the next decade, the Global Biodiversity Framework. Important because in the biodiversity community, finance has for a long time been seen as an afterthought to biodiversity action, even as the long list of global biodiversity targets the world put in place ten years ago all needed significant funding.

That’s why I sincerely believe that for the new Global Biodiversity Framework to succeed, finance must be at its foundation. Such a foundation requires several building blocks that must be in place in line with recommendations from the CBD expert panel report. 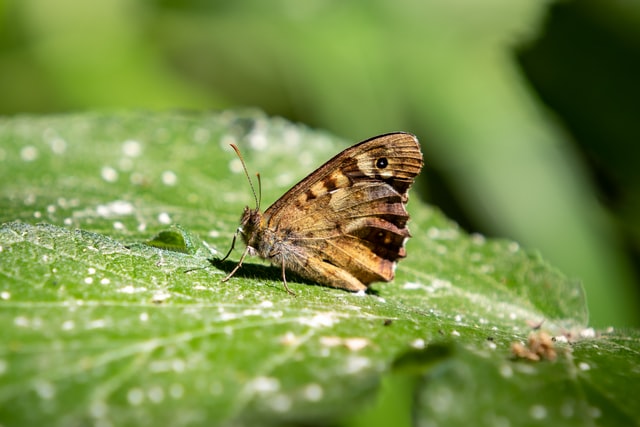 First, it is critical each country develops its own vision, strategy and action plan for biodiversity finance. Forty countries are already doing this under UNDP’s Biodiversity Finance Initiative (BIOFIN), based on a process of transformational change with a lead role for the finance sector.

Our work is demonstrating how finance ministries can and must become the new conservation champions.

These strategies should be based on a comprehensive approach to support countries with finding new resources, but also have a clear plan to reduce harmful expenditures and improve the effectiveness of available funds. In this way they can address several interrelated global targets which are all closely linked.

The plans should be created by each country’s national experts, building on national ideas, and based on an assessment of the national context.

Second, more attention is needed to explore expenditures from the public and private sector which have a negative impact on nature.

Together with countries, BIOFIN is developing a methodology to help examine the impact on nature of all subsidies in countries, based on previous learning from the OECD and others.

This is a process were countries like Colombia, Kyrgyzstan and Nepal are frontrunners. It does not mean all these subsidies need to be completely overhauled. We can start by taking out the most harmful elements and where feasible repurpose subsidies to become nature positive.

Such analysis was something countries committed to under the Aichi targets, while only limited progress was made. The OECD estimated the world spends more than US$ 500 billion on things that harm nature, let us all hope this figure can go down in the coming ten years.

Third, biodiversity finance needs to become a top priority for the finance sector.

The finance sector should be assessing and reporting on risks and impacts related to biodiversity, including through the TNFD.

Governments need to create regulatory frameworks to promote a streamlined approach among finance sector actors. There is a key role here for Central Banks.

The finance sector itself has called for governments to provide a ‘level playing field’ for the finance sector and businesses by setting conditions and incentives in place that are better aligned with biodiversity positive outcomes.

Through our work around the world countries have found many financing solutions that address their specific need. We have mapped all such solutions in our Catalogue of Biodiversity finance solutions, that lists more than 150 such options. 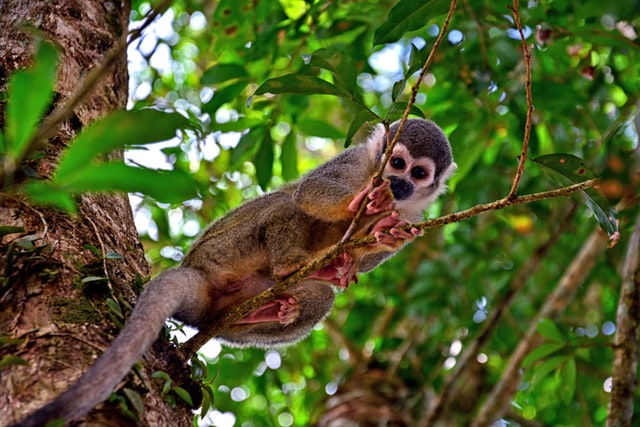 I heard many positive notes throughout the meeting.

For example the Austrian Environment Minister explained how they are now putting finance first in the national biodiversity plan by creating a dedicated fund that can be used to finance the necessary actions.

Carlos Manuel Rodríguez, head of the Global Environment Fund. explained we need to moblize funds at the value of 1% of the GDP to achieve our global biodiversity goals by 2030.

Professor Klaus Shwab, Executive Chairman of the World Economic Forum, also agreed with the need for a stronger emphasis on finance: “We have to refresh our economic model. It's not enough just to talk about biodiversity as a kind of side topic. Not, it has to be an essential part of our economic model and our economic concept."

Other speakers echoed the need for more focus on finance for nature.

“Biodiversity loss affects us all,” said United Nations Convention on Biological Diversity (CBD) Chief Executive Officer Elizabeth Maruma Mrema. “Our economic systems are rooted in biodiversity. Our food, air, water and medicine depend on it.”

These are all very positive signs that the world is moving closer towards fully investing in biodiversity to put us on the path to a nature positive world. I hope in next decade countries will become even more inspired to work together in biodiversity finance in the, through the common framework of the CBD.