Initiatives to promote the importance of biodiversity and encourage the contribution of various spheres of society in Mozambique's conservation efforts, are reaching young students and athletes.

The XIII School Games National Festival, which were hosted by the province of Gaza, in the Southern Region of Mozambique were held in July this year. Hundreds of secondary school students and athletes from all over the country took part in the event, represented by the 11 provinces organized in provincial delegations of athletes, coaches and managers. 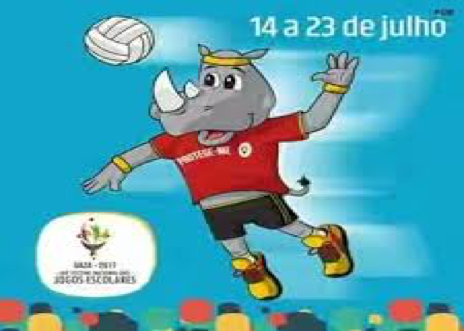 The choice of the motto “School Games Conserving Nature” is to some extent the result of definition of environmental protection and biodiversity conservation as one of the strategic objectives of governance for the current quinquennium (2015-2019) in Mozambique. Another contributing factor to the choice of this motto, is the specific context of the province of Gaza, the host of the event.

During the opening ceremony of the XIII School Games, the President of the Republic of Mozambique, His Excellence Filipe Nyusi stressed that the motto “School Games Conserving Nature” is timely because it is in line with the governments concern around poaching, also, it incentivizes children (students and athletes) to protect the environment and nature, which after all belong to everyone.

According to the Deputy Minister of Youth and Sports, Mrs Ana Flávia Azinheira, when speaking about the preliminary assessment of the games on Mozambique Radio, the strategy adopted this year for the organization of this event aimed at attracting long term partnerships and financing for school sports and biodiversity conservation. The strategy consisted mainly on inviting and encouraging private companies and other economic agents to make contributions to the event in order to reinforce the funding allocated by the government, and there was a positive response from the private sector in that regard.

BIOFIN in Mozambique is in its initial phase, led by the Ministry of Land, Environment and Rural Development and the Ministry of Economy and Finance. As there are emerging signs that biodiversity conservation is being gradually integrated in key pillars of social and economic development, with leadership of government through various initiatives such as school sport events, BIOFIN can leverage on these opportunities to raise the importance of developing concrete mechanisms to finance biodiversity in Mozambique.