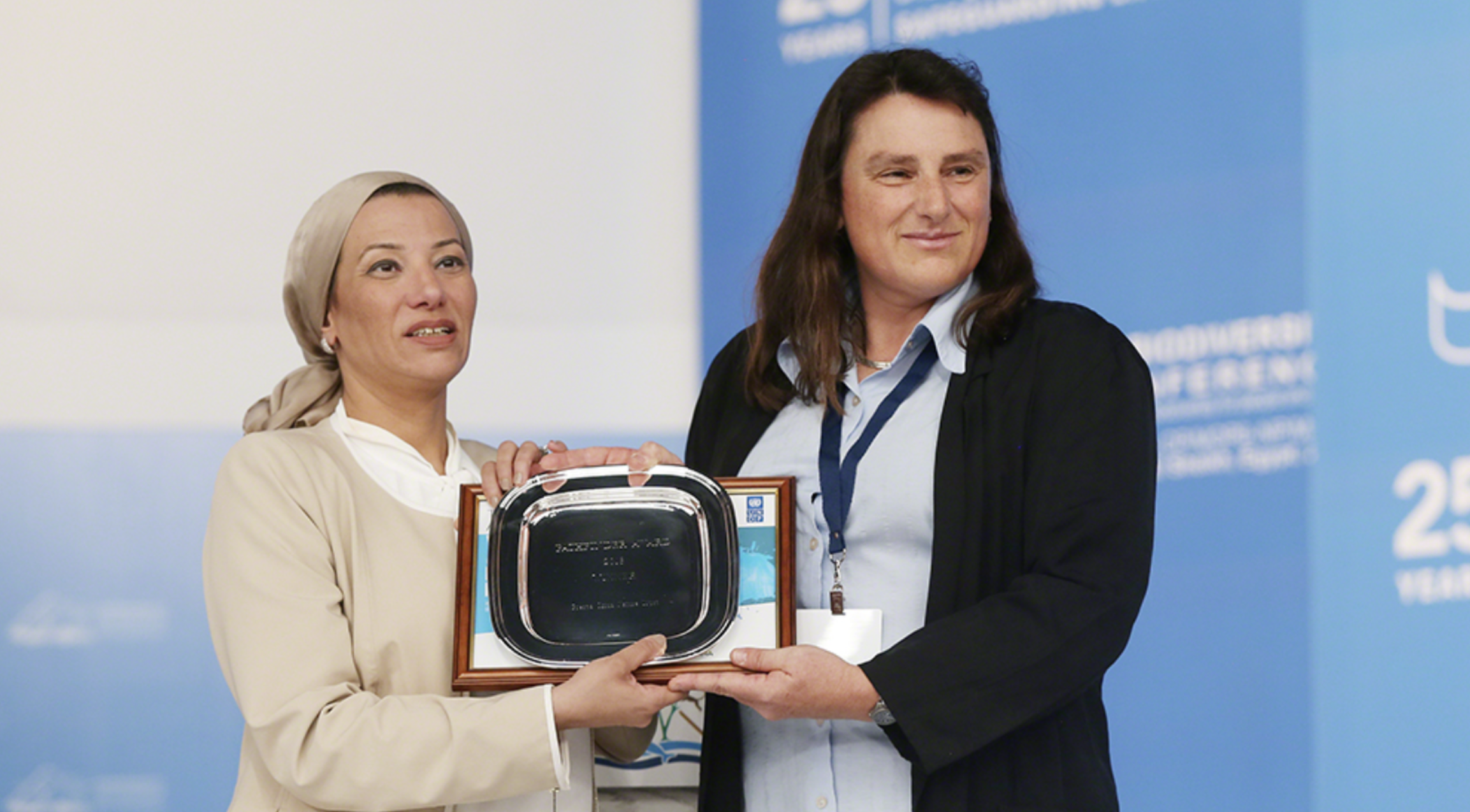 The Prespa Ohrid ecoregion, covering parts of Albania, Greece and the Former Yugoslav Republic of Macedonia and including six protected areas, is not only rich in stunning nature, but also benefits from one of the world’s most innovative conservation financing approaches.

The United Nations Development Programme (UNDP), the International Union for Conservation of Nature (IUCN) as well as WildArk – A Movement for the Wild are thrilled to announce the winners of the inaugural Pathfinder Award for innovation in nature conservation:

The Prespa Ohrid Nature Trust (PONT), winner of the inaugural award, is a transboundary conservation trust fund that has established long-term financing, which is additionally used to attract co-financing for important conservation activities. To ensure effective management of the region’s six protected areas, collaboration across borders is crucial. Mirjam de Koning, the executive Director of PONT accepted the award.

PONT, managed jointly by government agencies and NGOs, provides the resources for activities such as monitoring of Brown bears. The approach is highly innovative in applying a well-established financing instrument, i.e. trust funds, to support a transboundary conservation strategy through cooperation and grant making in a space where formal institutions are lacking.

The Pathfinder Award recognises outstanding and innovative solutions for protected and conserved areas, developed and implemented by individuals, organisations, or groups.

Its first edition focused on identifying and celebrating innovative approaches, tackling a persistent challenge that concerns protected and conserved areas around the world: sustainable financing and resourcing.

While protected and conserved areas provide considerable financial returns in addition to their numerous non-monetary benefits, the global funding gap for effectively managing these sites is huge. Replicable solutions, such as those spearheaded by the Pathfinder Award winners, show a way to address this challenge.

The 2018 awards are made up of a cash grant as well as several other areas of recognition, including an invitation to the awards ceremony to 14th meeting of the Conference of the Parties to the Convention on Biological Diversity (COP 14) in Egypt in November.

A total of around 200 nominations were submitted by individuals and organizations from all over the world in English, French, or Spanish. Out of these, around 60 proved to be fully eligible and complete, most of them representing nominees from Latin America, South and South East Asia. Countries that were most frequently represented amongst all eligible nominations included Mexico and Ecuador. The winners were determined through a 2-step process, based on criteria including relevance, innovation, impact and excellence. A high-level jury took the final decision.

Runner up for the 2018 Pathfinder Award is Assist Social Capital, which created and operated the OASIIS (Opening Access to Sustainable Independent Income Streams) Platform that encourages sustainable economic development in and around Biosphere Reserves around the world. It showcases businesses that work in harmony with Biosphere Reserves and demonstrates the value that businesses and social enterprises bring to the local economies through sustainable development.

Candice Stevens (BirdLife South Africa) and the government of South Africa were commended for the integration of biodiversity tax incentives into the law, as a financial benefit for landowners declaring protected areas.

The nomination by Masungi Geo-Reserve Foundation describes an innovative approach to ecotourism, based on the pillars of conservation, education/research and sustainable development, and using “mindful engineering” through tourism infrastructure that mimics nature, e.g. spider webs.

This year’s award is organised in co-operation with the UNDP-Biodiversity Finance Initiative (BIOFIN) and the PANORAMA – Solutions for a Healthy Planet initiative, which IUCN co-leads. All eligible innovations are being published on the PANORAMA web platform, and will thus stay available and will be promoted further through PANORAMA.