Suwag o Suko? Conserving tamaraws and empowering the rangers who protect them

Representatives from different sectors came together in October to witness how the Tamaraw Conservation Programme (TCP) and Mounts Iglit-Baco Natural Park (MIBNP) rangers risk their lives to protect the tamaraw (Bubalus mindorensis), a wild buffalo found only on the island of Mindoro in the Philippines. It is among the world’s most endangered animals, considered critically-endangered and just a step away from extinction in the IUCN’s Red List of Threatened Species.

To raise both funds for tamaraw conservation and raise awareness about their plight, BIOFIN and the Department of Environment and Natural Resources (DENR) partnered with TCP plus a talented group of storytellers for a documentary entitled Suwag o Suko: Saving the Tamaraw from Extinction.

“Suwag o Suko is a love letter to the tamaraw rangers and everyone working in conservation. It was made with local audiences in mind because we want to instill a sense of pride, shared identity and ownership for our natural heritage,” said Celine Murillo, who wrote the script with director Mark Ace Gatdula and other creative volunteers on the project.

The feature-length documentary examines the economic, social and cultural significance of the tamaraw and how its survival is invariably tied to the management of the MIBNP, its indigenous mangyan tribes, plus the continuous conservation efforts of rangers.

Tamaraw Month is celebrated each October in the Philippines. “We herald this unique, biologically-important and culturally-significant animal. We must spread awareness for conservation,” said DENR TCP Coordinator Neil Anthony del Mundo.

“One of Canon’s major priorities among its sustainability programs is biodiversity conservation, locally and globally. It is an honor to partner with DENR’s Biodiversity Management Bureau and BIOFIN to bring to light pressing issues surrounding our wildlife, particularly of endangered species like the tamaraw. We hope to inspire millions of Filipinos to support conservation programs to help keep this species thriving in the wild,” said Canon Philippines, Vice President, Anuj Aggarwal.

Nestled between Occidental and Oriental Mindoro, MIBNP hosts the largest remaining population of tamaraw at 480 heads, down from 523 in 2018. A century ago, an estimated 10,000 heads inhabited all of Mindoro, from coastal lowlands to its highest peaks. In the 1930s, widespread cattle ranching spurred a deadly outbreak of rinderpest, which soon infected many of the island’s bovine species. The tamaraw population was decimated – by 1969, numbers were estimated to have plummeted below 100. 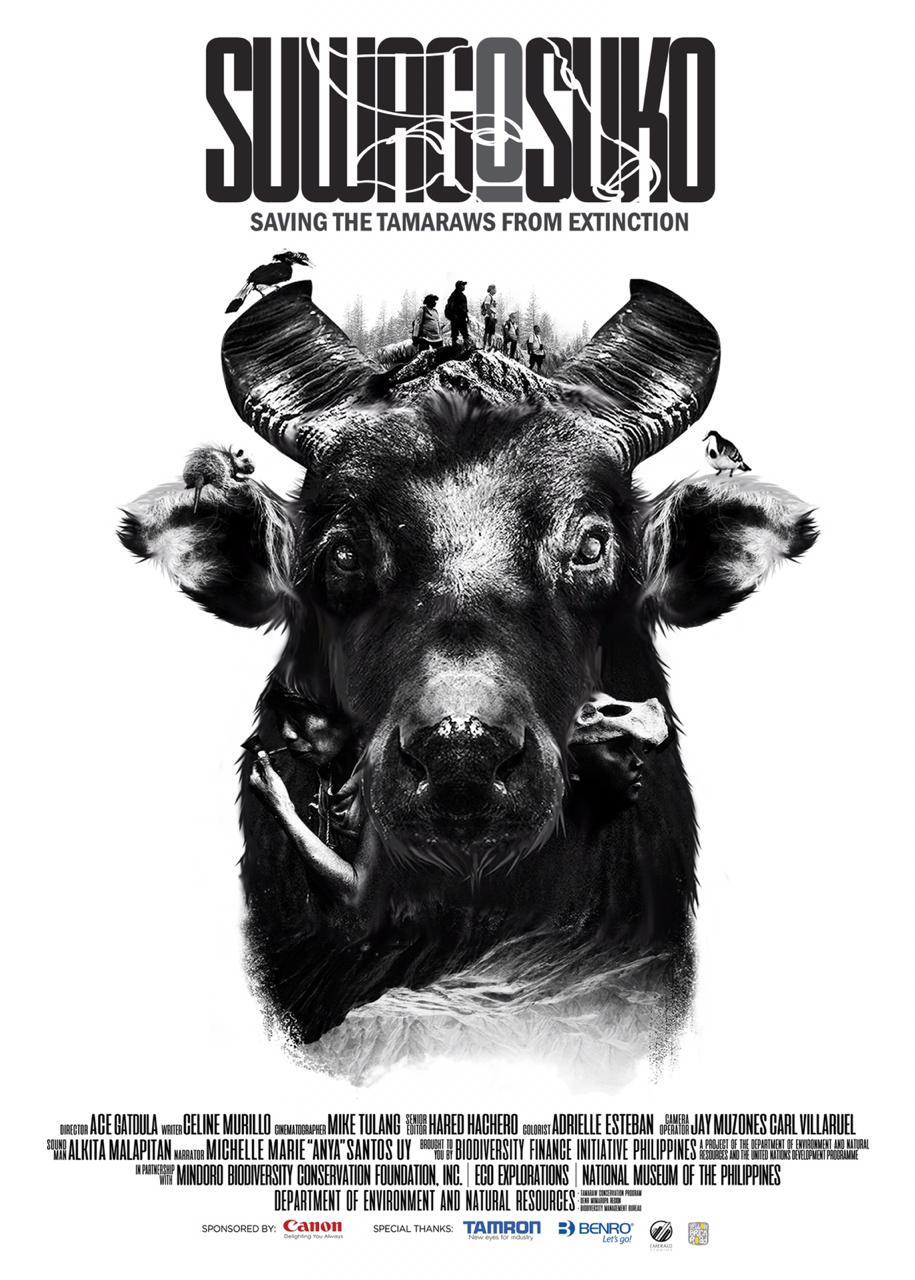 The population has rebounded to 480 within MIBNP – a far cry from the original 10,000, but a sure sign that TCP and MIBNP’s conservation efforts are paying off. Leading field conservation efforts are two dozen TCP and about a dozen MIBNP rangers who conduct park patrols, keep poachers at bay and dismantle animal traps illegally set-up in strict protection zones.

Since its inception in 2012, BIOFIN has worked with both the public and private sectors to enhance protection for the country’s biodiversity hotspots by helping secure funds to implement sound biodiversity programs.

“According to the latest UN biodiversity report, up to one million animal and plant species are at risk of extinction. We are now faced with an unparalleled loss of biodiversity at an alarming rate. Now more than ever, we need to take a multi-stakeholder approach in addressing this crisis.”

BIOFIN Philippines’ second phase runs from 2018 to 2022 and includes the implementation of finance solutions to raise resources for the tamaraw and other endangered species through creative crowdfunding and diaspora. Tamaraw conservation for example, is now being considered for corporate social responsibility funding.

Under the DENR-UNDP collaboration, BIOFIN works to close the financing gap for the conservation and sustainable use of biological diversity by identifying, accessing, combining and sequencing sources of biodiversity funding to finance the Philippine Biodiversity Strategy and Action Plan (PBSAP), the country’s roadmap to conserving its natural resources. PBSAP’s implementation will cost PHP24B per year or PHP334B (USD7.4B low estimate) from 2015 to 2028. However, public expenditure was estimated at only PHP4.9B per year (USD110M), revealing an annual gap of almost PHP19B (USD349M). Finance solutions addressing this gap have been identified and are presently being piloted by BIOFIN.

Suwag o Suko: Saving the Tamaraw from Extinction is scheduled for nationwide screenings in the coming months, with possible international exposure through video-on-demand platforms. A national screening tour will follow the film launch to create additional buzz and catalyze support for tamaraw conservation.